WHY ARE EMERGING ECONOMIES STALLING?

During the first years following the global crisis, emerging countries sustained, during some time, global growth. China being the most notable, with a 10% growth rate per year, and having an influence on other nations.

Now, as China grows between 5% and 6%, it is also being held accountable for the emerging crisis faced by countries in Latin America, Africa and Asia. The question on everyone’s mind is: what happened to significant investments (FDI were every year around 2.7% of GDP in Latin America) in different areas of the economy? What happened to the multiplier effect caused by the investments in emerging countries? 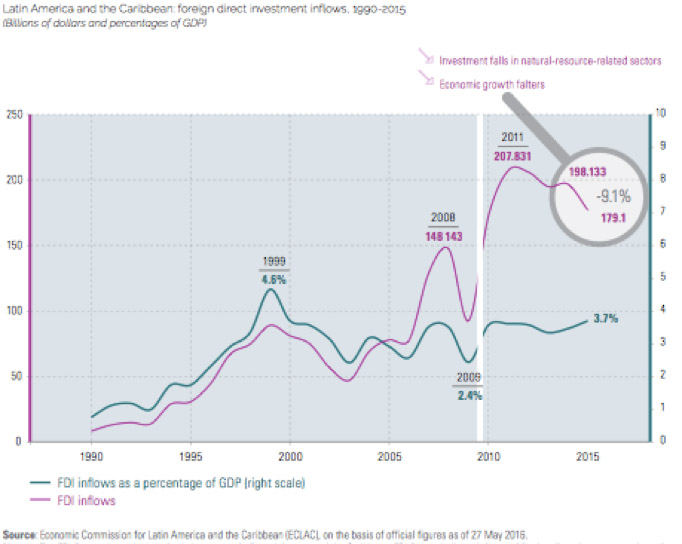 A 55-million “New Middle Class” emerged within the Latin American population; however:  Is this a consolidated new middle class or is it at risk of disappearing?

Some possible causes are:

Eight years ago, interest rates on consumer credits reached up to usury rates of interest of 100% –  without considering commissions. Inflation rates were around 5% at that time. The effect was, and is, devastating to the economies. The masses will remain trapped in debt and condemned to poverty.

What better reference to study the making of the European Middle Class than the writings of the German Minister of Economics, Ludwig Erhard, following the Second World War, famed economist and devoted supporter of free trade economics in his eagerness to improve the quality of life and dignity of the German people. Erhard introduced measures based on 2 basic principles:

1.- Social welfare can only be achieved if based on competition, in the price and quality of products and services.

2.- The “king” of the economic system is the consumer. The primary duty of the State is to protect the consumer, as the consumer encounter the challenge of facing companies at a disadvantage, due to their size and access to information

These are practically the pillars that made possible development from the wreckage of the war to a solid and thriving economy, with a high quality of life for the population.

Regretfully, the free market economy has been misinterpreted: It is not about having a free market economy based on jungle principles (survival of the fittest). That is the reason why developed economies, that are the model of free market economies such as Switzerland, Germany, Scandinavian Countries or the United States, have minimal and simple regulations that offer a real protection for consumers. The maximum applicable interest rate on credits in Switzerland is 15%, in the State of Nebraska (USA) is 16%. These simple and clear regulations are adopted seeking consumer welfare and economic prosperity.

Without competition and a real consumer protection, a social welfare state won’t be able to develop. The breach between the social classes increase.

Adam Smith, the father of free market economy, already wrote: “The man who borrows in order to spend will soon be ruined”.

In other words, emerging economies see, year after year, between 10% and 12% of GDP “disappear” from the economy circulation. Such amount is not available for purposes of the Multiplier Effect; furthermore, as such effect is positive for economic growth, the disappearance of such amount results in a devastating effect to the economy of any country in the world. No wonder the emerging markets story is not working.

“Usury once in control will wreck the nation” William Mackenzie.